Add a £275,000 first edition ‘On the Origin of Species’ to your collection

Add a £275,000 first edition ‘On the Origin of Species’ to your collection

The greatest work of scientific literature that changed the world as we know it, can now be yours through shared ownership.

The greatest work of scientific literature that changed the world as we know it, can now be yours through shared ownership.

The extraordinary life of Charles Darwin

Charles Darwin’s illustrious legacy as the ‘Father of Evolutionary Biology’ owes its existence to this particular manuscript, which made history in 1859 as one of the only books to delve into the science behind the origin of all life. His treatise pioneered the development of modern sciences, forever changing the way that mankind looked at the nature of life.

This first-edition volume reflects Darwin’s initial ideas about evolution, and how species exhibited differences, inspired by his 5 year expedition on the HMS Beagle. Its contents shed light on some of the natural phenomena, and flora and fauna he observed and experimented with. The book also documents prominent principles of natural philosophy that explain the fundamentals of humanity’s purpose and existence.

What to look for in a first edition

Rupert Powell [Managing Director of Forum Auctions, specialist auctioneers of rare books and works on paper] talks about authenticating books, what to look for in a volume as rare as Darwin’s first-edition, and what makes Showpiece’s example so special.

The signs of a first edition

Original green cloth with gilt lettering on the spine 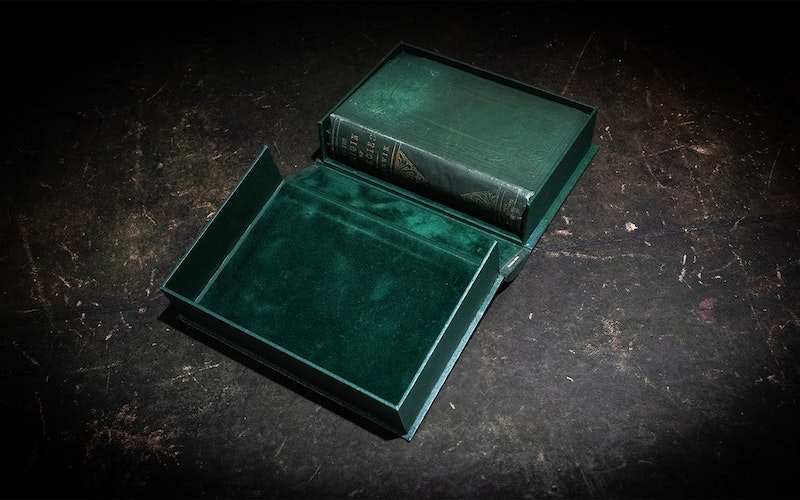 Who was the man behind ‘The Origin of Species’?

Charles Darwin remains one of the most renowned biologists of all time, and is known by his several accomplishments as a naturalist. However, less commonly known is the fact that before he rose up the ranks in the scientific community, he was a simple boy harbouring an interest that a lot of us possess; collecting. His childhood collections included rocks, insects and plants. These collecting passions dictated a lot of his later interests, eventually propelling him towards the study of natural sciences.

A Journey Through Darwin's Life

Read about the incredibly humorous, and heart-rending anecdotes from Darwin’s lifetime, and discover some of the fascinating experiments he conducted in our 6 part series.

“Let the collector's motto be, 'Trust nothing to the memory;' for the memory becomes a fickle guardian when one interesting object is succeeded by another still more interesting.”

From the full James Bond collection to highly sought-after contemporary classics such as signed Harry Potter first editions, Bayliss Rare Books deal in the most iconic of works on paper

They also deal in Original Movie Posters and regularly stock posters from only the most classic, and collectible, of films. Alongside this they also help their clients source the most elusive of books and regularly design and curate complete libraries.

"Externally there is the original green cloth that the book came with when published, with the gilt lettering on the spine. There are chocolate brown end papers at the beginning and at the end of the book. On the first leaf (half title) you can see the date of 1859 with the right to translation reserved on the title page. The folding lithograph plate is present and then at the end you can see 32 pages of Publishers advertisement from Murray's Publishers. Finally, the binders ticket of Edmonds and Remnants which is typical of copies of the first edition of Darwin's Origin is present." Rupert Powell - Forum Auctions

Check out our other Showpieces

One of only two thought to be in the hands of private collectors.

By weight, the most valuable item in the world.